Natural gas gets a bad rap. There are dozens of misconceptions surrounding this efficient and versatile form of energy, preventing homeowners from reaping the benefits. Read up on these natural gas myths and try it for yourself!

• Natural gas is bad for the environment

Did you know that natural gas is actually the cleanest fossil fuel when it comes to burning? When used for space and water heating, it’s even better than as fuel to generate electricity.

• Natural gas has an odour

Natural gas does not smell itself, but an odour is often added to it as a safety precaution. If you ever smell it, you’ll know there is a leak and you can take the necessary safety measures to address the leak.

Natural gas will only ignite if there is a source of ignition, but it doesn’t explode. And gas can only ignite when it’s concentrated 5 to 15% relative to the air and when it comes into contact with an ignition source of at least 1,000 degrees Fahrenheit.

Using natural gas as an energy source cannot cause you to become sick and it’s non-toxic. The only way it can affect humans is if there is so much natural gas in the air that you can’t get enough oxygen to breathe.

• Natural gas is heavier than air

Natural gas is lighter than air, and as it escapes, it rises and evaporates into the atmosphere. It’s lighter than other gases which are heavier than air and can pool on the ground.

• Natural gas reserves are getting smaller

New natural gas reserves are actually being discovered every year, in addition to the proven over 150 years of natural gas reverses we already know about.

Want to know more about natural gas? Check out some of these uses you may not know about from Bryan’s Fuel in Orangeville.

Bryan's Fuel
At Bryan’s Fuel, it’s our mission to be the preferred provider of home heating and comfort products in the central Ontario region. From Orangeville and Shelburne to Collingwood and Simcoe County, our team is here to support you and ensure that your home is comfortable throughout the year.
Recent Posts 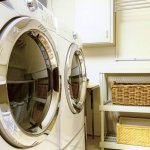